Shopping Cart
Your Cart is Empty
Quantity:
Subtotal
Taxes
Shipping
Total
There was an error with PayPalClick here to try again

Thank you for your business!You should be receiving an order confirmation from Paypal shortly.Exit Shopping Cart

The Lone Ranger Custom Made Holster Complete Get Up Holster, Guns & Bullets! *SOLD*

(Click on image to enlarge) The Lone Ranger Custom Made Holster Complete with Gun's & Prop Dummy Bullet's. Holsters Such as this alone Without anything Else can RETAIL as Much as $2,500.00. More photos of guns just ask & we'll email them thanks! Purchase Includes: Custom Made leather "Lone Ranger" Holster by Leather Craftsman David Rios...with all the Silver Plating Decorative Pieces...Holster is Made of 1/4" Thick Leather...Very Heavy Duty & Well Made, with a Size 34 waste. If you know of a leather craftsmen in your area, you can always have the belt part removed & made to your specific waste size. (2) Nickel Plated Denix Colt 45 Replica 6 Shooters 4 5/8" Barrel Guns...The Hammers Cock & the Bullet Door's open. (12) Denix Size Sold Cast Bullet's (6) in each Gun....ALL NOT MADE TO FIRE...NO GUN POWDER. FAKE Ivory Handles Casted & Made with Solid Resin. (40) Full Scale .45 Cal. (NON FIRING NO GUN POWDER DUMMY Prop Replica Siler Bullet's). These are non firing bullet's without any gun powder in them...nor can they be made to fire at anytime! 1/1 Scale Size... PROP Dummy .45 Colt BULLET "THE LONE RANGER" SILVER BULLETS... • Authentic Detailing & Size • Length: 1 5/8"... Diameter: over 3/8" • Metal It says 45 colt around the rim These bullet's are made of METAL...which have been chromed over top...Just like Lone Ranger USED.

The Lone Ranger Custom Made Holster Complete Get Up Holster, Guns & Bullets! *SOLD*
$0.00

(CLICK ON IMAGES TO ENLARGE) THIS IS AN AWESOME PIECE!!! Comes in a shadow box frame 20 1/2" X 20 5/8" Solid wood frame & the glass will be removed once shipped because with all the weight & Metal it would for sure brake...You can buy NEW glass or Plexi for 10.00 or Less. The backing in the frame is Brown Velvet Suede. Inside: (1) Genuine Leather badge & Id holder (2) a Lieutenant Detective John McClane Id Card. (3) FULL SIZE Metal New York Detective badge #816 (4) A screen shot of John McClane from the movie, (5) A John McClane Lieutenant Id Card, (6) A Genuine Leather around the neck Badge holder (7) A FULL SIZE Metal Lieutenant New York Badge. (8) 9mm Metal prop actual blank firing gun with blanks in the clip Just like the gun Mel Gibson Used. (9) Screen shot photo of Martin Riggs from the movie. (10) Real Police Hand Cuffs (no key). (11) LAPD Detective Prop Metal Badge #1724. (12) A Genuine Leather badge belt clip holder. (13) A LAPD Sergeant Id Card Det. Martin Riggs. ALL THESE ITEMS ARE PROP REPLICAS & WERE NEVER USED IN THESE MOVIES JUST LOOK LIKE WHAT WAS USED!!! Lethal Weapon is a 1987 American buddy cop action film and the first in a series of films, all directed by Richard Donner and starring Mel Gibson and Danny Glover as a mismatched pair of LAPD detectives, and Gary Busey as their primary adversary. After the first film, the series fell into the action thriller genres, and is generally considered to typify the "buddy cop" plot device. Die Hard (1988) is an American action film based on the novel Nothing Lasts Forever (1979) by Roderick Thorp. It was directed by John McTiernan and written by Steve de Souza and Jeb Stuart. Released on July 15, 1988, the film follows NYPD Detective John McClane (Bruce Willis) as he takes on a group of highly organized criminals, led by Hans Gruber (Alan Rickman), performing a heist under the guise of a terrorist attack, using hostages, including McClane's wife Holly (Bonnie Bedelia), to keep the police at bay. The film's success spawned four sequels; Die Hard 2 (1990), Die Hard with a Vengeance (1995), Live Free or Die Hard (2007), and A Good Day to Die Hard (2013). MORE PICS BELOW 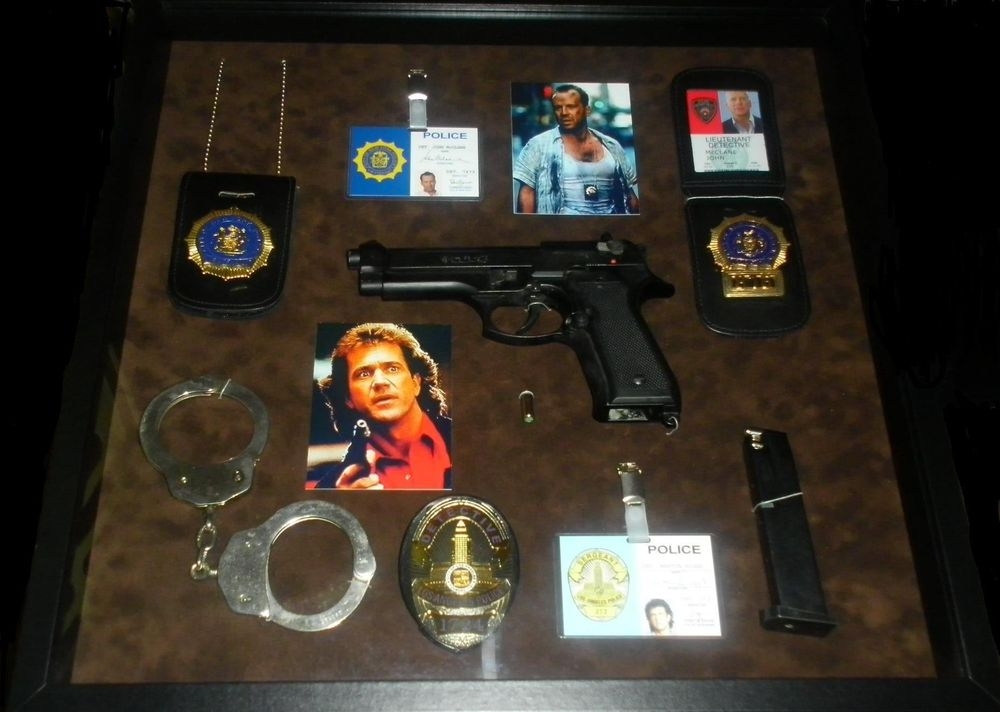 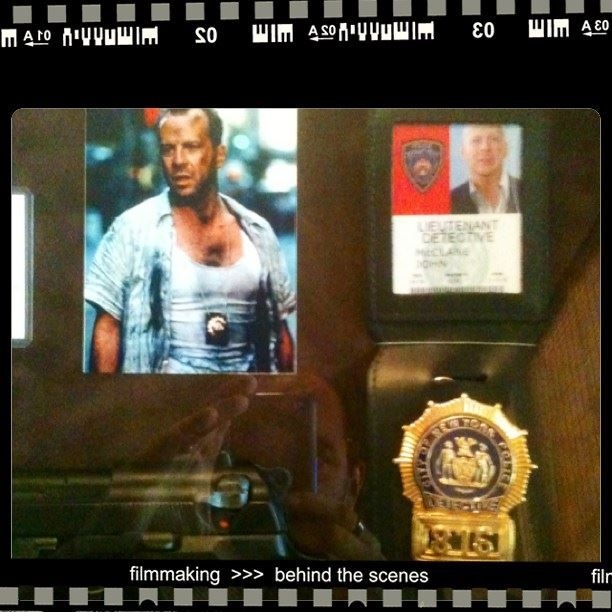 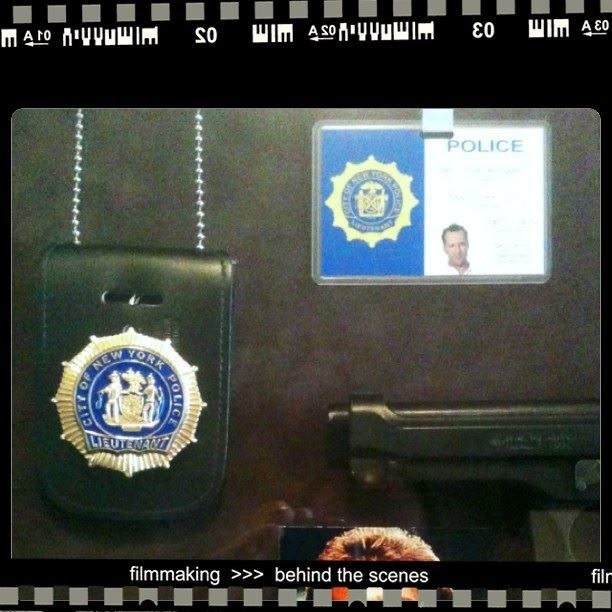 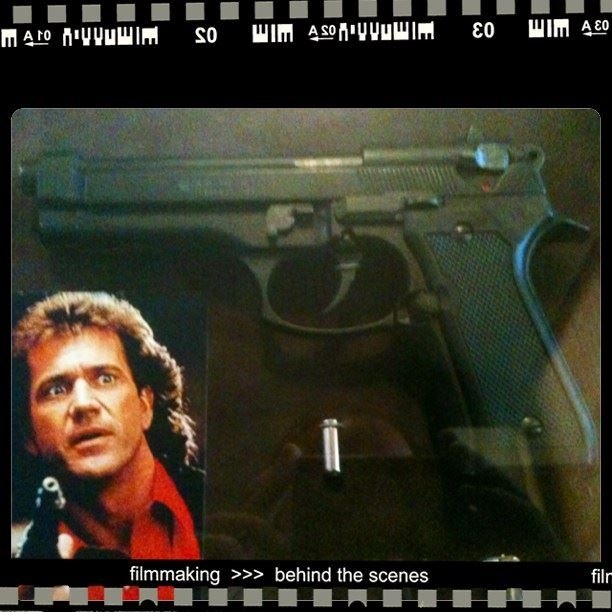 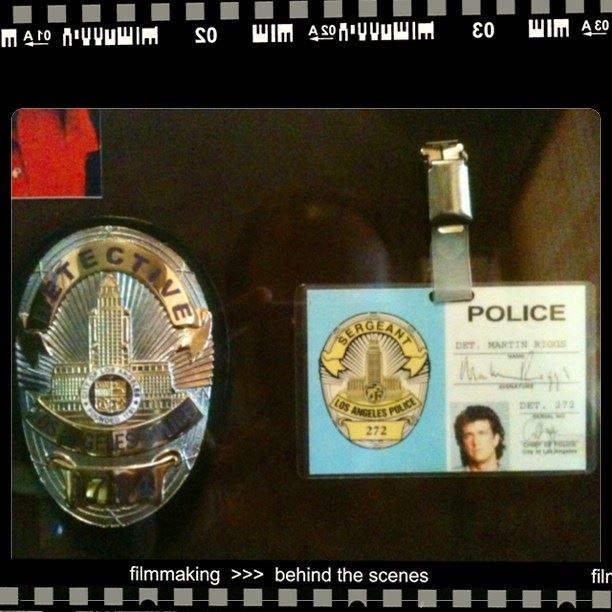 Our most popular products are shown below. Please call 832-315-0590 or email us [email protected] for more information on products or availability if you have any questions.

(Click on image to enlarge) WE RUSHED TO MAKE MORE FOR THE FANS... This is based off of an Original screen used by Tony Soprano from the Tv show from season 3 episode 5 Titled "ANOTHER TOOTHPICK". This style of New Jersey Drivers License has expired back in 2005 & is not VALID for use but for collectors purposes ONLY... Also states on top right side corner under where it says... New Jersey...PROP NJDL NOT REAL!!! THIS IS... Tony Soprano's Reproduction Prop Drivers License from the Tv Show "The Sopranos" It is made of PVC Plastic the same as your personal drivers license &/or credit card in size & thickness

(click on image to enlarge) SOLD... The Sopranos (2) Prop Wine Glasses from Tony & Carmela's Tv Home W/LOA... I was told that these 2 glass Wine Glasses were used on set while filming the HIT Mobster Tv show "THE SOPRANOS"... Comes with a HAND SIGNED LOA...for all the details of how these were acquired from the Original Owner thank you. EMAIL US IF INTERESTED WE WILL SEND YOU THE LOA TO READ.